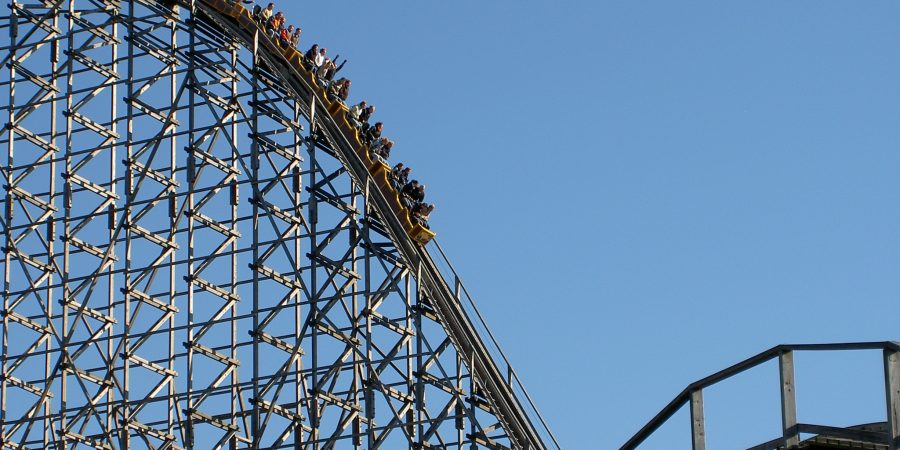 As our fertility journey continues, it continues to have me strapped in. I hold my breath as I go up the rickety old wooden roller coaster, the chain clinking. Towards the top, a new round of medication starts, a treatment happens, HOPE happens. I reach the top, I throw my hands up in the air and I squeal out of excitement, joy. I squeal out of fear as these wooden roller coasters have some unexpectedly harsh bumps that make you suck in your breath and forget to exhale for a minute. All of a sudden there is a screeching halt with the whiplash of reality- that was it. It’s over. And then I have to decide: Do I get in line and try this again?

Why, of course, the hopeful, joyful, warrior child in me runs for the next ride.

I guess an update is in order in terms of our fertility journey since the last I wrote about it we had just done our first IUI and were blissfully in the TWW. Starting IUI was exciting (and terrifying!) but mostly exciting because it felt like a step in the right direction. Each time the plan of action is updated in this journey, it is new hope.

So, what’s been happening in our fertility world?

IUI number one was unsuccessful. I’m not sure what I was expecting. I wasn’t so much expecting it to work, but also wasn’t so much expecting it to fail. It’s hard to get your hopes up all the way but it’s also not good to be totally negative about it and not believe in it working. If I didn’t believe it could work, I could save myself a whole lot of money, time and heartache. We dove right into IUI number two with the same dose of Letrozole (2.5mg) and an ultrasound scheduled for CD12. I got an early positive OPK on CD11 and my nurse advised that we skip the ultrasound and just go ahead with the IUI based on the looks of my follicles on previous scans on CD12. I was nervous about doing the IUI as a shot in the dark, not knowing how I responded and what we were working with, but ultimately I chose to trust my nurse. We did IUI the next day, started Progesterone 3 days later again and waited. 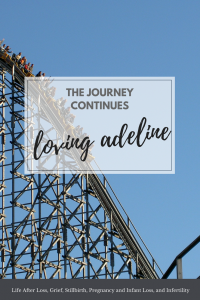 I was pretty convinced this time was the one that would work and ultimately felt really positive and hopeful. Until I took a test 14dpiui and sure enough, the result I’ve become accustomed to seeing. Negative. Always a negative.

My husband and I had to decide if this was time for a break or if we tried one more before reassessing. My doctor offered to up us in dosage, which she was ok with but was also transparent in it upping our risk of multiples. We ultimately decided we wanted to try one more at the same dose before taking that jump.

So the cycle begins again. Temping. Letrozole. Ultrasound scheduled. OPK’s (why are these things so confusing)? A somewhat early positive-ish OPK occurred again and I didn’t want to risk going into another IUI without a scan so I went in that day to check out if these early positives were a fluke or if they were true positives.

This was the weirdest, most confusing and most irritating appointment. My right side had one small follicle, nowhere near what they want to see. But, then! The nurse couldn’t find my left ovary. Um, WHAT? These things don’t just take off for the hills. While she dug around, which was you know, not exactly comfortable, she had me simultaneously put an intense amount of pressure on my pelvic area in hopes of helping her find it. Nothing. She went out of the room to ask for help or talk to someone else. I was hoping a new or additional person would be walking back in with her to try again. However, when she returned she told me that this happens sometimes and based on the size of the one of the right, it must not have been a positive and to come back in three days. Three days felt like a really long time, so I pushed back and said I’ll come back in two. So, I tested again the next day which was then negative. I returned two days later, and low and behold both ovaries were still in there! There were no mature follicles found, only evidence that ovulation had already happened. On the right side, where the small follicle had been located two days prior.

Our third IUI was cancelled.

We covered our bases but ultimately it seems that my body didn’t respond to the medication this month as follicles don’t usually grow more than 2mm per day. Even though there was evidence of ovulation, the follicle was likely not mature enough and may not of even had an egg to release. This was so frustrating and heartbreaking.

Here we are, in limbo. And our first break since seeking out professional medical help one year ago this week. My husband just started an awesome new job which is so wonderful for him and for us, but with a new job comes a break in insurance. We will be without insurance for the month of May which is not necessarily a bad thing. I’m taking this as a blessing, to force us to give my body a break from the medication it has been on since last June in hopes of resetting and figuring out what steps are next.

What is a break anyways?

This is for you and your partner to decide as it looks different for all of us. For us, it means removing the hormones from my body until we figure out what is next. Giving my body a break from over stimulation and mood swings and crushing headaches and temping and peeing on sticks. Taking a break for us is putting a band-aid on our hearts and not taking it off too soon. It’s giving ourselves time to really think about our options, our finances, OURSELVES.

I will call my nurse before the end of the week to try and get some kind of consultation in the books. I have too many questions for a patient portal conversation.

One Reply to “The Fertility Journey Continues”